The voluntary sector is going increasingly cloud-based. 10 years ago it was a given that if you had a database, it was run locally (on a server in a cupboard, most likely) and office applications etc were run on the user's own machine. Today the vast majority of databases live in the cloud and are accessed by a web browser, and there are real options (like Google Docs) for taking your day-to-day documents into the cloud as well. I still use M$ Office for in-depth or detailed tasks, particularly Excel for data tasks, of course - but if I just need to throw a quick document or spreadsheet together, I'll increasingly turn to Google Docs/Sheets. It's just so convenient to know that anything I create will instantly be available to all my devices, even my phone if I really need to access something.

For the average charity, Sheets, Docs and the like can go a long way towards replacing MSOffice. Discounts for Office 365 are readily available (contact me for details) but even running Windows 10 requires a decent computer.

With this in mind, I wondered if I could turn an old laptop into a Chromebook? I had an Acer Aspire V5-122P doing nothing. It's an 11.6-inch laptop with a touchscreen and a backlit keyboard, let down by a rubbish processor. It was dreadfully slow on Windows 8 and frankly unusable on Windows 10. Here it is running Windows... barely.

Anyway, I came across CloudReady by Neverware. Nerdy bit: Google have always made open source versions of their operating systems available. This is why there are thousands of phones out there running Android. Proper Chromebooks run an OS called Chromium. Neverware have used the open-source version of Chromium to create CloudReady, which is an operating system that looks, feels and works just like an official Chromebook. The difference between using a Chromebook and a "normal" cheap laptop is that on a Chromebook, just about everything lives in the cloud. You'll need a Google account to even use it. Documents you "download" are actually saved straight to your Google Drive, for example. The majority of the applications you can access are actually delivered through the Chromium web browser. It's a bit of a mental shift but you get used to it very quickly. The main limitation, of course, is that you'll need to be online most of the time.

Anyway, I followed the instructions to create a USB drive (which worked fine, even though I used a Sandisk one which isn't recommended, and was making the drive on a Mac, which you need to do semi-manually). Installation was easy and only took about 10 minutes. I had nothing on the laptop that I needed, so I was happy to wipe it and start from scratch.

Having dabbled with using Linux to try and get some use out of borderline-obsolete old laptops, I was astonished (still am!) at how well it works. The trackpad and touchscreen work perfectly, as does the bluetooth and the wifi. The keyboard is correctly backlit and all the keyboard shortcuts (to turn the brightness and volume up/down and so on) work too. Best of all, the laptop is more responsive than it ever was on Windows. It's still not the fastest, but considering it was destined for the bin, it's amazing. There are a few niggles, the main one being that video content doesn't play - yet; however, there are a couple of extra bits you can install which are meant to help with this.

I'd recommend considering this if you are a charity with old laptops kicking around. And/or you're already considering G Suite. As a quick test of typical day-to-day stuff, I fired up Salesforce which works really well on this laptop - even the new Lightning Experience (Salesforce's 2018 interface update) works fine.

There are niggles. The battery life still isn't great on this laptop, probably only about 2hrs 30m - but that's nothing to do with the OS, just a known issue with this laptop. I don't know yet if the webcam works - I'll report back after I've lived with it for a bit. However, as a way to breathe life into an old laptop, I'm really impressed with CloudReady. Check it out!

More on maps, KML and polygons 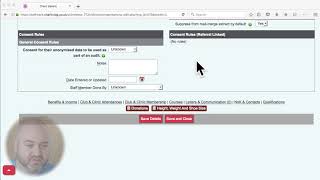